You know you’re in the presence of a bayman by the way he guns his boat through a channel. That would be with confident speed, moderately alarming to a passenger in a landlocked trade.

It’s hard to imagine how many times George Mathis has woven through the serpentine curves from Landing Crick out toward his aquaculture leases in Dry Bay, near Galloway in the Edwin B. Forsythe Wildlife Refuge. Thousands? Tens of thousands?

Cutting the engine, Mathis pops one of the spearmint-flavored Starlite mints that he keeps stowed in a cooler bedecked with an American flag and bald eagle. “Why? Because I don’t smoke, and I take one of those every basket [of clams] as a reward.” 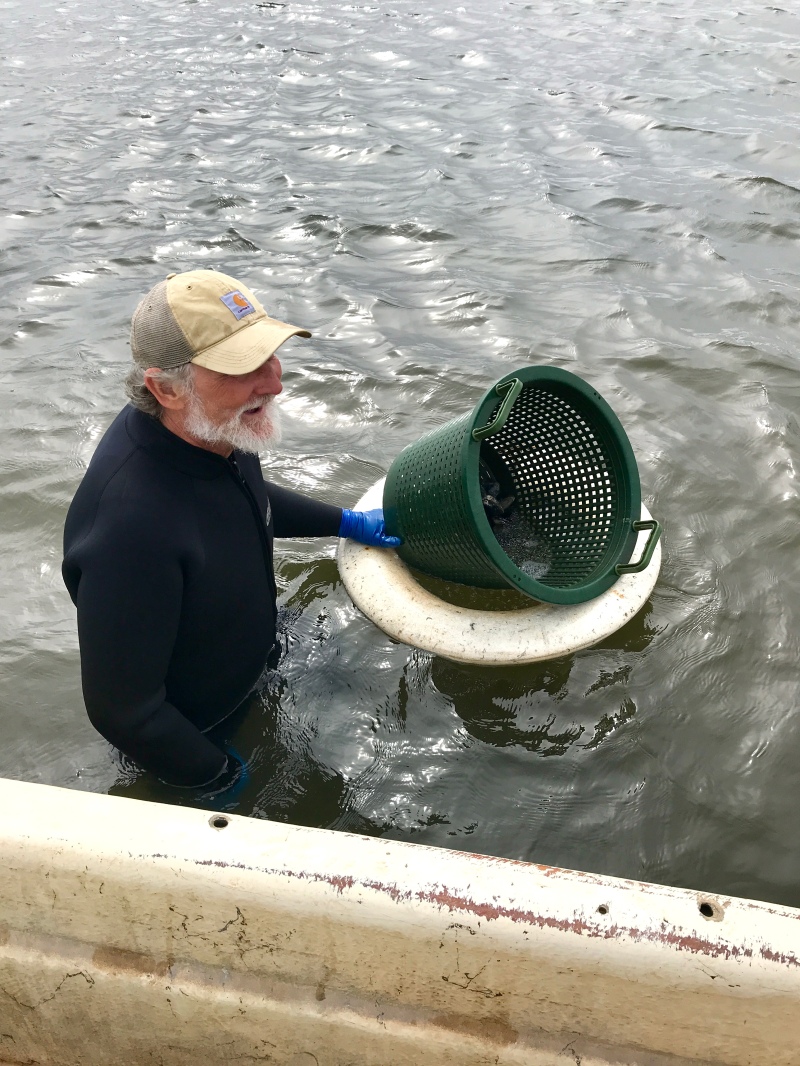 Published in the Fall 2018 issue