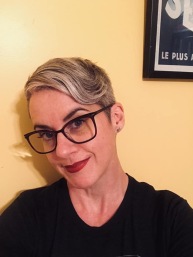 Marked by wanderlust and intrigued by the twists and turns that lead people to their passions and pursuits, I write about food, culture, travel, and the spaces in-between. Most often, the anchor for this work is sense of place. Following that muse, I have been fortunate to interview everyone from sixth-generation baymen and women along the Jersey Shore to Alice Waters of Chez Panisse, cookbook author Naomi Duguid, and Deb Perelman of Smitten Kitchen.

My work has been featured in publications including NPR’s The Salt, Civil Eats, Culture, Time Out, Taste of Home, Paste, Edible Communities, and beyond.

Business as usual in the pet store parking lot.