When Hanaa Al Atmah gathered her four children and walked to the Jordanian border from Daraa, their home city in southwestern Syria where the conflict began, her youngest son Alaa was just an infant. That was back in 2012. By then, war had been raging for some time, eventually finding its way to the family’s doorstep. As for so many, life in Syria had grown too dangerous. There was no choice but to go.

Hanaa’s husband Luai fled first, having been imprisoned and tortured by the government for reasons that remain unclear. Searching for him, government forces set fire to the family home and detained their eldest son, Mohammed, for two days—only releasing him when elders intervened. Hanaa and the children then followed. Their journey was risky, at one point interrupted by gunfire. As families scattered into night, Hanaa lost track of her three eldest. Mohammed, now 18, can still recall the sound of his mother’s voice searching for them come daybreak. 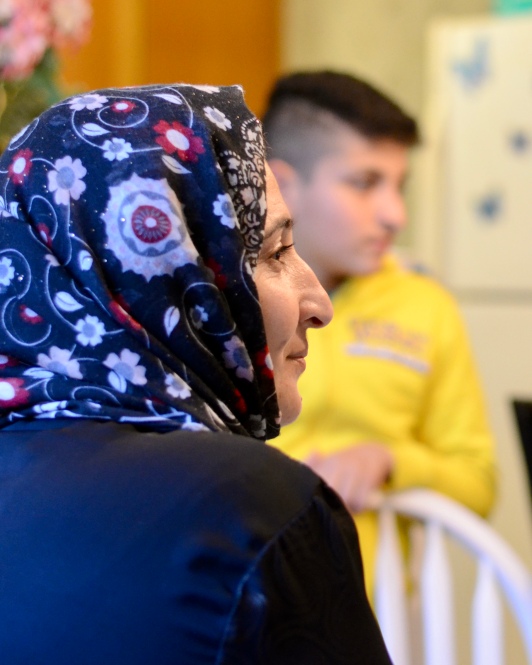 Hanaa Al Atmah and her sits with her family at the dinner table.