As the sun climbs up toward the windows of chef Dennis Foy’s Lawrenceville art studio, it fills the space with a honeyed light. Brush in hand, the chef mixes colors and then turns his attention to the line between land and sky. When he is not at d’floret, the 24-seat Lambertville restaurant he owns with wife and business partner Estella Quiñones-Foy, you can often find him here. Writers like to draw neat lines between every aspect of a chef ’s life and the kitchen. Foy resists such easy characterizations. “People get caught up in the dichotomy between cooking and painting,” he says, pausing to showcase a study for an oil painting. “For me, cooking and painting have the same sensibility of expression, but cooking is collaborative. With painting, it’s very singular.” 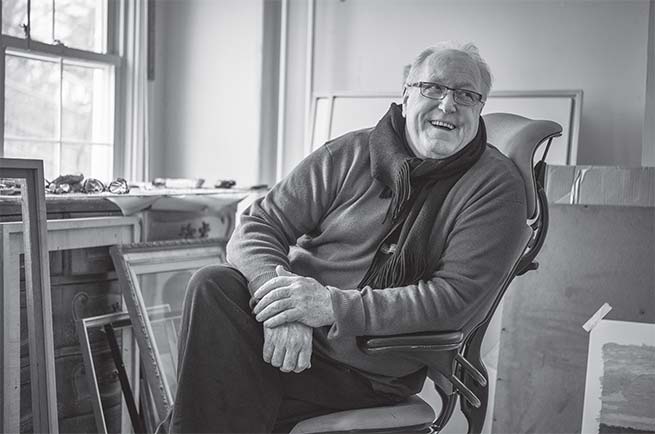 Published in the March / April issue